Home » Coaching » Do You Have a Role in the Drama Triangle? 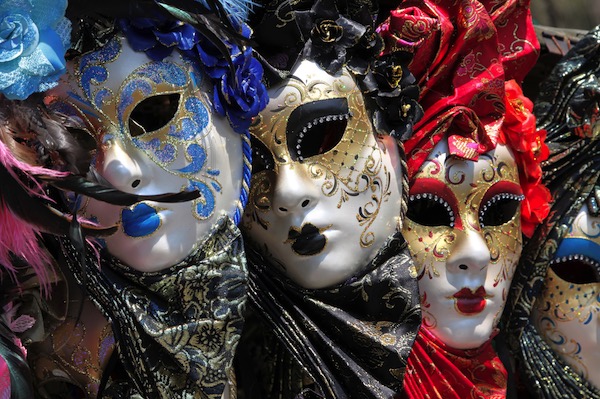 We see the drama triangle all around us. A zoetrope of rage, rescue, and sadness that spins so fast you can hardly see who’s the bad guy and who’s the good guy. Somebody’s mean, somebody’s hurt, and somebody is stepping in to save the day.

The strange thing is that the people participating usually aren’t even aware that they’re exchanging roles in a play that has had a longer run than anything Broadway could imagine.

The Karpman Drama Triangle is named after Stephen Karpman, who first described the dynamic in an article in 1968. He chose the term “drama triangle” rather than “conflict triangle” because he was involved in theatre and saw the roles as parts people play in a drama they produce among themselves.

Here’s a video that gives a more in-depth explanation.

In the drama triangle, there are three characters: the Victim, the Persecutor, and the Rescuer. When people play the drama, they frequently switch roles, often spending only seconds in any one role. Usually, though, a person will tend to start off in a certain role and switch to another according to circumstances.

Are you a Victim, Rescuer, or Persecutor? Or are you all three? (I’ve posted a great video below by Dr. Heather Clark that gives a brief, powerful, overview of the drama triangle.)

We generally get sucked into the drama triangle when we are young. Most families are at least a little dysfunctional (actually, I don’t know any families that aren’t).

Kids constantly mimic the trusted adults in their household and the way they handle situations.

Consider the common scenario: Dad has a bad day at work, brings his bad day home with him, and yells at his wife. The wife gets upset, yells at the kid, and the kid walks over and kicks the dog.

In this case, the dad is Persecutor. Like most Persecutors, he acts that way because he considers himself to be a Victim of persecution, possibly by a boss or client during his day at work. Mom is the Victim. Mom then changes roles from Victim to Persecutor of the kid, and so on. This is a stereotyped version of the first two roles, but it shows how easily you can switch from the role of Victim to that of Persecutor.

The Rescuer tries to save everybody. In this example, Dad walks into the house in a bad mood and yells at his wife, but this time the kid tries to get in the middle and rescue mom. Maybe he tries to distract Dad or does something naughty to take the attention away from the situation. Now all three roles are present. A 5-year-old might take on the role of Rescuer in the household, trying to save everyone. But underneath, the child is the Victim.

This sort of triangle occurs often in households that lack role boundaries, such as in homes where abuse, alcoholism, and/or drug abuse occur. Other destabilizing factors could be family disruptions such as illness, financial scares, or a family member moving in. But the drama triangle doesn’t require major trauma to flourish. All it takes is people with a damaged view of themselves and how they fit into the world, pointing back to broken childhood relationships or other causes.

In these messy situations, everyone walks around on eggshells, trying to decode their place in the family. Children are especially vulnerable to these family disruptions of roles. These children often grow up and become Rescuers, taking care of everyone but themselves. Others may become Persecutors — vowing that they will never experience such abuse again. Both Persecutors and Rescuers take their turn as the Victim, in their own minds if in no one else’s.

People who grow up in families operating in the drama triangle tend to be a magnet for unhealthy relationships, both in friends and romantic partners. They become addicted to chaos and drama.

The Rescuer, though seeing him- or herself as the hero of the drama, actually can cause friction with family and friends. “The rescuer keeps trying to ‘fix’ the victim,” says Diane Zimberoff in her book Breaking Free of the Victim Trap. “This causes the victim to feel even more helpless and consequently quite resentful. This resentment, in turn, brings about a reversal and the victim becomes the persecutor.”

Then the rescuer feels like a victim. The persecutor feels pity for the victim and moves to rescue her. And they go around and around and around. Persecutor to Victim and then to Rescuer and on and on. It’s exhausting and time-consuming, and it tends to move us nowhere we really want to go.

Do you recognize this nowhere train? Are you tired of being part of the Drama Triangle? You’ll love the freedom of setting boundaries, taking responsibility for your own “stuff,” and living without fear or resentment. Coaching or hypnosis can help. Make an appointment for a free 30-minute Discovery Session with me — and let’s talk. 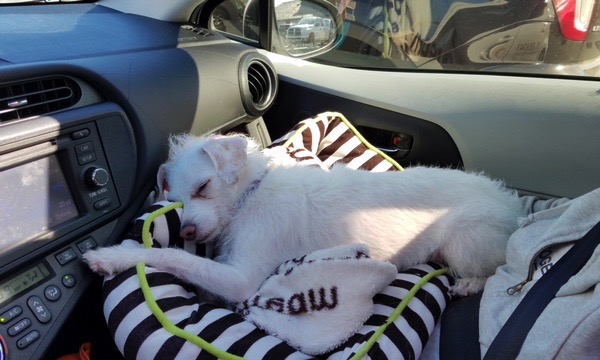 A Special Request from Riley

During the “dog days of summer,” please remember that it’s not safe to leave your furry companions in the car, even for a short while. Once the temperature gets over 72 degrees, it gets hot in the car really, really quickly. Please take your helpless creatures with you (furry or not), and don’t leave them in the car — even for 5 minutes.

Oh, and you may have to carry them when the ground gets hot. Fried paws aren’t any fun at all. Thank you — and a kiss from Riley in gratitude. 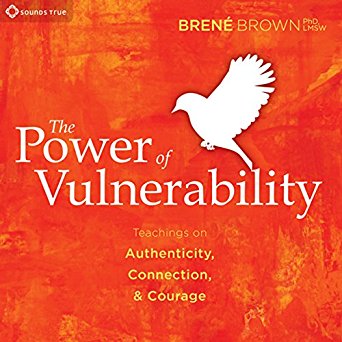 The Power of Vulnerability

I also wanted to let you all know that I have recently listened to a wonderful CD/MP3 book on vulnerability. I will talk more about this next month, but in the meantime, I would like to highly suggest that you listen to this enlightening talk. The CD set is called The Power of Vulnerability by Brene Brown. You can get it from Amazon, through Audible or from Sounds True.