Home » Hypnosis » HYPNOSIS: Don’t Believe What You See in the Movies 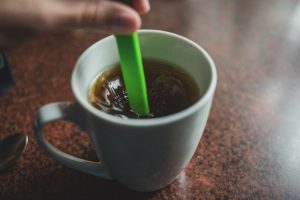 A simple cup of tea being stirred in just the right way by a hypnotist may induce a state of hypnosis so deep that the “client” travels to the “Sunken Place” and is paralyzed in suspended consciousness.
As a hypnotherapist, I never stir a cup of tea – unless you want me to.
Many of us were enthralled watching an evil hypnotist, played by Catherine Keener, hypnotize the innocent Chris, played by Daniel Kaluuya, in the 2017 horror classic, Get Out. Without knowledge of how hypnosis really works, one might become extremely wary of anyone who says they are a Certified Hypnotherapist.

Flash forward to a recent 2020 Amazon Prime movie, Black Box. In this movie, a doctor helps memory loss patients regain their memory through hypnosis. In walks a man who had been declared brain dead from an auto accident but has miraculously lived. The only problem is he is having weird memories that are frightening along with not being able to remember simple things like where his daughter 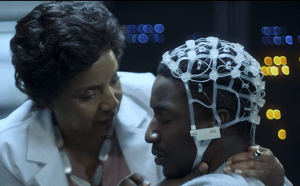 ’s school is located. A medical referral leads him to the brilliant brain doctor played by Phylicia Rashad. Instead of a teacup and spoon, she takes him into a room and places a net over his head and snaps it under his chin. A machine then is placed over his eyes and he is told to stare at a +, and we watch as his eyes track it moving faster and faster back and forth until, of course, he becomes hypnotized. The movie drifts even more into unreality as she tells him he now has an analog watch which will allow him to travel forward and backward through time.
The fact is many movies have used hypnosis as a means to entertain and scare their audience going all the way back to 1910. One of the most famous is Svengali, a German 1927 silent film in which an evil hypnotist takes control of a beautiful woman by staring at her with his penetrating eyes.

Hypnosis is Not Brain Control

Here is the thing – all of these are really BS!
Hypnosis is NOT brain control in any sense of the word. First of all, all hypnosis is self-hypnosis. No hypnotherapist can make you do anything you don’t want to do.
In other words, unless you want to bark like a dog, I can’t make you bark like a dog. But you may wonder, when you’ve seen a hypnotist show, the guy barked like a dog (and did a bunch of other stuff depending on how risqué the show was). Yes, people may do very strange things on stage, but they have stated very clearly that they want to play the game. Personally, I am easily hypnotized, but I would be lousy on stage, because I would feel like a fool playing the game – too much ego, I guess. If you have ever seen a stage show, you may recall that the hypnotist lets almost everyone who raises their hand come up on stage, but out of the 20 or so that come up, only a very few pass the test to stay on stage. The hypnotist is looking for a certain kind of person who will be more willing to play.

You are in Total Control

Hypnosis is extremely safe because the client is in complete control. My job as your hypnotherapist is to merely be your guide. You tell me what you’d like to work on, and that is what we work on. Mind control is just in the movies. In fact, the very last thing that I want to do (and I believe it is the same with all my fellow hypnotist colleagues), is take control of anyone’s mind.

Hypnosis is an effective method to deal with many disorders such as extreme sadness, fear, anxiety, phobias, unhealthy habits, and so much more. The wonderful thing about hypnosis is that it is quick and, in most cases, lasts forever. Hypnosis is not a replacement for therapy. Most hypnotherapists are not counselors, social workers, doctors, therapists or anyone else who can prescribe medicines or diagnosis illnesses. But hypnosis works – and has worked for many years. Hypnosis has been around since the beginning of mankind as it is also sometimes called meditation and prayer. The term hypnosis was first used in the latter part of the 18th century. So, it has been around an awfully long time.
Hypnotists aren’t magicians, but we are healers. I guess you could say that the “magic” we use is helping clients overcome their belief systems that no longer work for them.
If you are interested in finding out more – finding out if hypnosis is for you – then please contact me. I would love to talk to you about what is fact and what is fiction.
Schedule your Free 30-Minute Discovery Session here.
Judith Auslander, MA, MAIS, CLC, CH.t
Wise Heart Coaching & Hypnosis
www.WiseHeartCoaching.com judith@WiseHeartCoaching.com