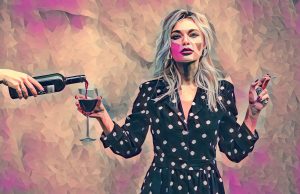 It’s 5PM. You’re finally finished with a long, difficult day at work. Your first thought is to find release and relief through a delicious glass of wine, a cold beer, or the inhale of some cannabis, or _____(insert your favorite  RELIEF RELEASE here)_____. It’s almost an overwhelming feeling of, “I can’t wait!”

Some might say yes, but let’s also look at it as a Habit. It has become a habit to finish work and link it with the desire for that wonderful feeling of letting go…’ahhhhh’!

How did this almost Pavlovian response to 5PM = finish work = want wine/beer/cannabis even start? 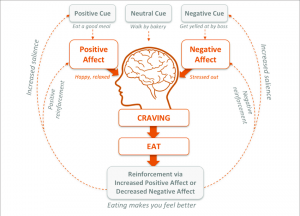 What you have created is called a Feedback Loop.

Here’s an easy example:
You go out to dinner and your friend suggests you order a slice of chocolate cheesecake. Your first bite is like, “OMG! Pleasure – absolute pleasure.” That rich chocolaty taste stays in your mind and the next time you go out, you know you are going to order chocolate cheesecake. You’re left with what is called a, “lingering desire!”

One day at work; your boss is really in a mood and yells at you. You finish work and all you want is to erase his voice from your thoughts. You go out and have a few beers with some friends. Ok, just a fun night, right?

But the next day your boss is yelling again. You remember how good it felt last night to have a few beers, and decide maybe you’ll do it again. And pretty soon, every time your boss yells at you, the thought of release through beer comes to your mind.

Now, your wife yells at you when you get home – more beer. This is how the feedback loop continues. In most cases, the feedback loop also includes guilt and shame which in the end feeds back into the feedback loop. It’s a dog chasing its tail, and around and around you go. Welcome to habit becoming addiction. You are now addicted to the release of pain, fear, anger, etc. through having a few beers. Basically, the attraction of release has created a desire for the beer. 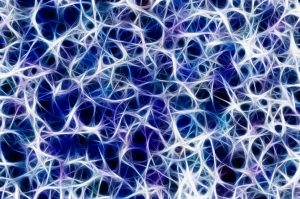 In the book, The Biology of Desire, Why Addiction is not a Disease by Marc Lewis, PHD, he shifts the view away from addiction to a habit that has gone quite wrong. There has been a shift in the brain system regarding the process of rewards.

Alcohol or drugs changes the way our brain works. That’s right – it changes your brain. But does the brain change due to you teaching it something different – i.e., the habit of having a drink after work or by the alcohol itself?

Partly both have an effect. It’s important to realize that the brain is ALWAYS changing. New synapses and fibres and cells are changing all the time inside our brain. One way to think about it is that your brain is kind of like a highway – the more that highway is driven on (5PM = drink) the more grooved it becomes and more of an automatic route.

The first time we think 5PM = drink, it is just a passing new thing. Easily forgotten. But if done over and over and over – it becomes a well-worn path that’s easy to go down. Remember your brain – on its own – is just a machine – “it does not have likes or dislikes, rewards or punishments, goals or craving – people do. Brain cells are just proteins, blood, and constantly fluctuating levels of electricity. We crave, we have feelings, and we get addicted.” Lewis, Pg. 27.

So, if overuse of drugs and alcohol are habits – they can be easily ended – correct? Ahhhh, not really!.

Here’s what is important to know and remember – you CAN break the habit.

A majority of “addicts” in the end permanently quit – many on their own. Basically, the “addict” discovers that numbing no longer works for them. A study was done on Vietnam Vets who returned home addicted to heroin and opioids.  The “War on Drugs” was started.

However, “Eight to 12 months after the soldiers returned to the U.S., Robins and her team conducted confidential interviews and requested urine samples for drug testing. Surprisingly, they learned that heroin use was uncommon, even among those who had become addicted in Vietnam. In the first year back home, only 5% had relapsed to addiction.” https://www.statnews.com/2021/07/19/lessons-learned-and-lost-vietnam-era-addiction-study/

Why Alcoholism is not a disease. National Library of Medicine: https://pubmed.ncbi.nlm.nih.gov/1545723/

How are Habit and Ritual Connected?

As humans we love ritual. My personal rituals happen to be enjoying waking up and staying in bed for a while, petting Riley, checking my emails, etc. I also really enjoy the ritual of making coffee. Maybe these aren’t great rituals – but they don’t hurt me or anyone else. Now, think about the ritual of opening a bottle of wine, pouring it into a beautiful wine glass and taking that first sip – or the ritual of pouring a can of beer into a glass, watching the foam and anticipating the refreshing feeling of that first drink – or preparing a joint or bong – or even the ritual of preparing the spoon and needle for that heroin fix.

The ritual is a major part of the habit/addiction to the release of your choice.

What Causes the Abuse? 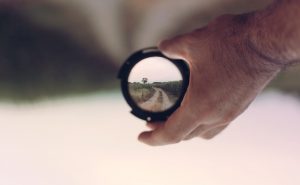 Many variables can contribute to drug and alcohol abuse – most notable is anxiety and other negative emotions. In my experience with clients, I have found that those negative emotions most frequently come from trauma…especially childhood trauma. Through hypnosis and coaching, these old traumas are healed with the creation of a way of seeing things differently – putting a new filter on the lens.

Another remarkably interesting and illuminating study was done on rats! 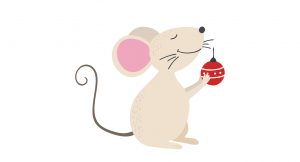 To study how people become addicted to alcohol or drugs, scientists filled 2 bottles with water. In one of those bottles, they added heroin or cocaine. The rats in this study almost always preferred the drugged water and almost always died in a couple of weeks. That is our theory of addiction.

Dr Bruce Alexander, said, “Well, hang on. We’re putting the rat in an empty cage. It has nothing to do. Let’s try this a bit differently.” So, he built Rat Park, and Rat Park is like heaven for rats. Everything a rat could want is in Rat Park. Lovely food. Lots of sex. Other rats to befriend. Colored balls. Plus, both water bottles, one with water and one with drugged water. But here’s what’s fascinating: In Rat Park, the rats don’t like the drugged water. They hardly use it. None of them overdose. None of them use in a way that looks like compulsion or addiction. What Dr. Alexander did shows that both the right-wing and left-wing theories of addiction are wrong. The right-wing theory is that it’s a moral failing, you’re a hedonist, you party too hard. The left-wing theory is that it takes you over, your brain is hijacked. Alexander says it’s not your morality, it’s not your brain; it’s your cage. Addiction is largely an adaptation to your environment.

This is where changing one’s environment (environment = brain) by healing the trauma that has affected you, the need for drugs or alcohol can be transformed to something you are ready to let go of – to do the work to end the habitual craving. And it will take work!

It’s important to realize that drugs and alcohol are only one way to cope with a world that doesn’t feel balanced. Other coping mechanisms that build these same “highways to hell” are gambling, sexing, video gaming and any other ‘too much’ behavior. All of these negative coping tools are ways to deal with the pain and trauma we are walking around with. A heavy backpack overloaded with pain and trauma.

Our Brain on Drugs!

We already know that if the environment we live in is full of all the good things in life (Rat Park), then we might be able to easily give up the habits that don’t serve us any longer. But the fact is, we live in a complicated world and our personal trauma keeps us responding to that world in unhealthy ways.

Drugs tend to change our brain into new synapses and connections that start to fire together. The feedback loop of incident/feeling leads to desire and eventually may lead to guilt and shame which leads back to the beginning. 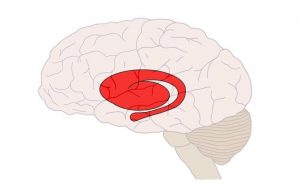 But what causes this change in our brain. Well, it turns out it is a part called the Striatum (see diagram). The striatum gets a goal on its radar and then sends an action “script” to other parts of the brain to execute – automatic response.
Cue = response. Once you quit, your prefrontal cortex – the part of the brain that can make goals, plans, controls impulses – begins to form new patterns, new habits based on what you want in your life to better your life.

Here’s the kicker – you have to want to change. The old saying, “You can lead a horse to water, but you can’t make him drink,” is as true here as well as in most things. You have a brain that will push any change away until the desire for CHANGE can override the desire for RELIEF. This can take some time and can be complicated depending on how long this behavior has been a part of your life.

Are you ready to quit an unhealthy habit/addiction? Hypnosis can help. When we work together on your healing, you will not be judged for anything, past or present. Our goal is to start from where you are TODAY…by eliminating the guilt and shame, by healing the younger you, and by healping you learn many new skills you can start using right away.

If you are ready – really ready – please CLICK HERE to schedule your free 30-minute Discovery Session to find out if working together might be part of your healing.